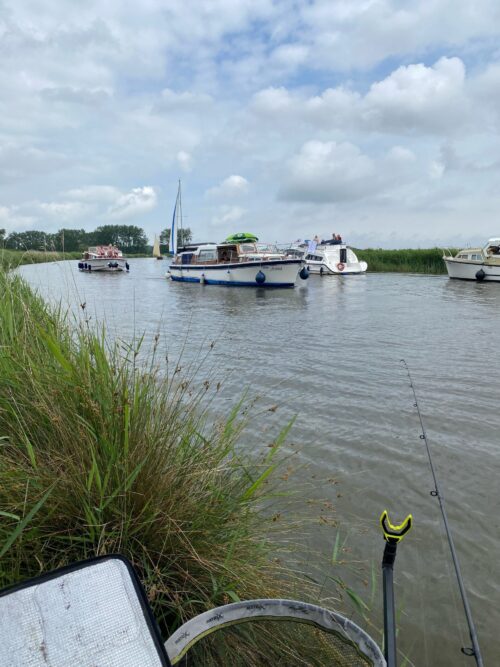 This latest weekend saw me back to my favourite broads for the start of the NDAA Teams of 4 league with 15 teams competing, so with some big sections a good draw was going to be imperative. My draw on the A bank at Coldharbour wasn’t my first pick as I would be fishing against the prolific Womack section, but I guess fish have fins so you never know! 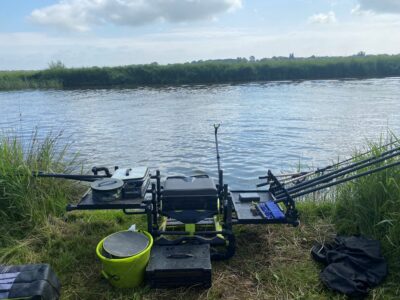 As it is normally mainly skimmers on this section my main approach was the feeder on two lines at 20m which was just over halfway and another for underarming over the pole line at 10m. Rod for the longer line was the Matrix Horizon Pro X Class 3.6m with a Horizon X 4000 reel loaded with 0.10mm Submegre Braid, with a short shockleader of 8lb Horizon X line. Best feeder through the day was a small 30g 4-hole wire cage feeder and hooklength was 0.16mm Power Micron X line finished off with a size 14 MXB-2 Hook. Only difference on the shorter line was that the rod was a Horizon X Pro 10ft Bomb rod matched with a 3000 sized Horizon Reel. 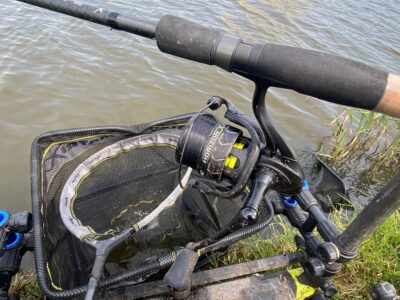 The start was difficult, with not many bites, but this might have been down to the boat traffic which you could have likened to the M25 at rush hour! But I soon managed to catch some skimmers underarming over the pole line and by fishing either double red maggot or a small redworm, I have managed to nick an odd fish on this line for the rest of the match, although the end of the match at the top of the flood tide was very slow.

In the end I weighed 10lb 2oz, which ended up 7th in the 15 pegs, not the best result but better than I expected, but I feel that there was still more to catch from the peg, and I should have targeted roach towards the end of the match as Andy Moss further up has caught nearly 15lb of them, but lesson learnt! Unfortunately, the team has struggled ending up 11th, but there is a long way to go yet! 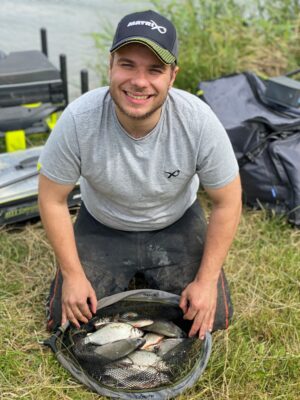