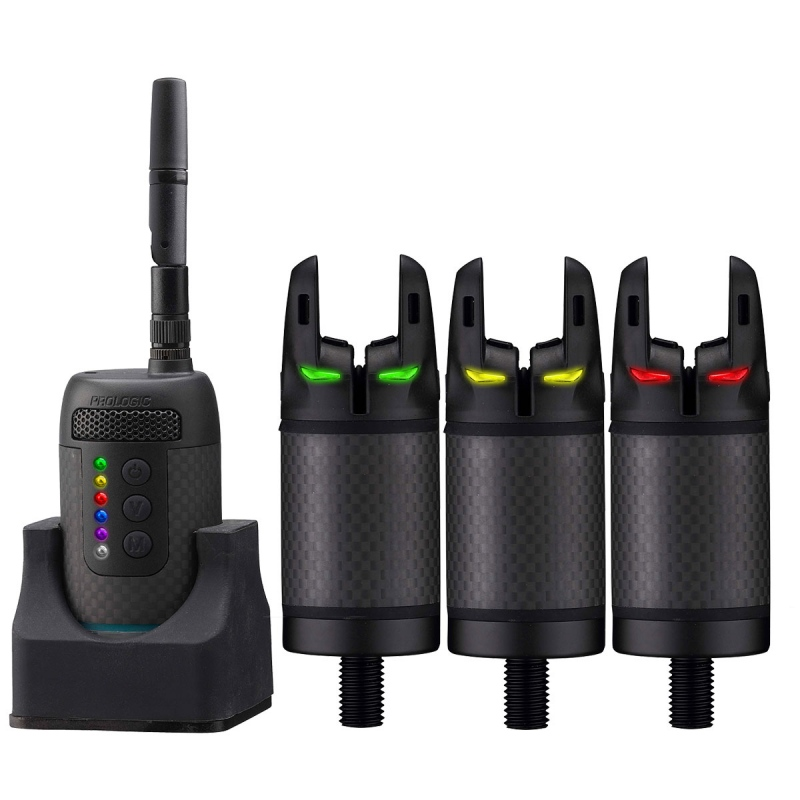 The K3 bite alarm is the result of a 2-year project which has seen countless tests, tweaks, more tests and further tweaks. The aim was to produce a compact, waterproof alarm with unrivalled battery life while remaining feature-packed and pleasing to the eye. Removing the tone function has allowed us to install a smaller, less power-draining speaker for a much more compact unit with a superb battery life. The body features a crossover-construction consisting of high grade aluminium, 3K Carbon and high strength nylon, reducing weight where possible whilst maintaining overall strength and durability. Though small, the K3 is feature-packed including a 30-second silent mode for attaching indicators silently and dual isotope slots for those wishing to personalize their setup even further. The K3 Alarms are fully waterproof (IPX6 rated) and come supplied with protective covers.

• Operate with one CR2 3V battery (not included)

The K3 Receiver is actually much more than just a receiver. As well as featuring the same 3K Carbon construction of the bite alarm, the unit also doubles up as a fully functioning bivvy light! A magnetized section built within the supplied protective pouch allows the unit to be attached to the roof of your bivvy/brolly. The light function can be activated manually or configured so that it automatically triggers in the event of a run. Features a strong 150m range and operates via 3 x AAA batteries.