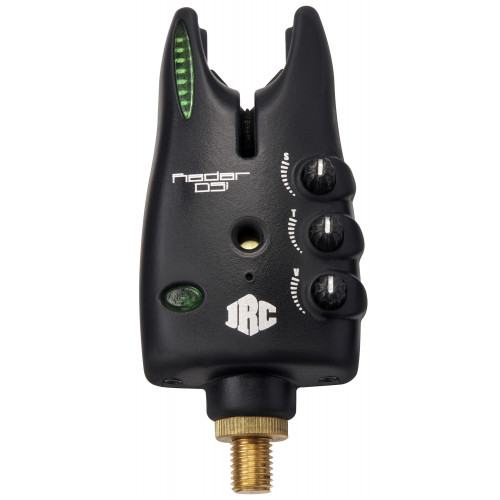 In common with most bite alarms, the Radar DSi alarm system has been designed and developed in Europe, but the big difference is that ours are also manufactured in Europe. All the components of both the alarms and the receiver, including the microprocessor, LED’s, Sensors and even the housing are European made. This will ensure that users will not suffer any of the performance problems that are so common with most alarms after purchase.
These alarms feature a smart visual LED column system that differentiates between a run and a drop back so that the angler can easily recognise the direction of line travel. A run (forward movement) is indicated by LEDs that begin to switch on and off from the base of the LED column upwards and by the 2 LEDs at the top of the column latching, and remaining lit for a few seconds. Conversely, a drop back is indicated by LEDSs running downwards and the LEDs at the bottom of the column remaining latched for a few seconds.
Features